Have you seen Waiting For Superman? 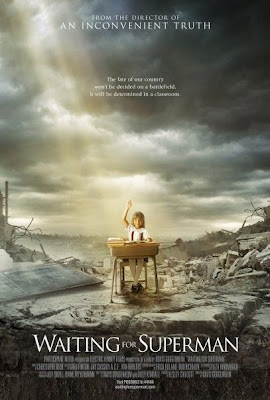 It is a very interesting film, in fact I found this concept pretty scary to think about:
However, some interesting facts to also consider after watching the film:


For example, I worked in a Charter School for a year. However the school was under so much pressure to pass the State Exam, or face being shut down, that the only learning the children did was practice tests. All.Day.Long. In fact, the kids would beg me to teach them, (anything that wasn't the test) and I would actually get in trouble if I was "caught" teaching and not giving practice tests.

However, my friend works in a Charter School and it is actually an amazing school. Just like Public Schools, Charter Schools have their ups and downs.

Have you seen the film? What did you think? Regardless of the "bias" in the film, I agree that something needs to change in the Public School System. I definitely agree with this clip here as to why things need to change. (Also, being in a Private School, I do not belong to a Teacher Union anyway).

wow. i haven't seen this yet, but my sister is a teacher and i am definitely going to check into this now.

my hubby and I just watched this last week! It was sooo crazy... I work at a inner city school though, and its definitely true what goes on. Something needs to change! I just stumbled on your little gem of a blog :)

Very interesting. I will definitely have to check it out. Enjoy your week!

I love interesting and educational films like this one! Will have to see it!!

This is all very interesting information. I will pass this along!

We watched this a couple of months ago and it really stuck with me. My sister is a teacher with Teach For America so some of it I had heard before but lots of new information, too.

you gave up facebook for lent? i've actually never heard of that! how is it

I have been wanting to see this - Two of my best friends are teachers - one private and one public, and hearing their stories and differences amazes me. I can't believe the difference in the quality of education between the two "systems".

I've never seen it but it sounds very interesting. Thanks for sharing! :)
x

i haven't seen this one but would definitely be interested in checking it out. thanks for posting it! <3 EverRubyGirl.blogspot.com 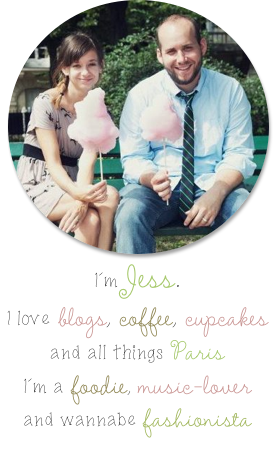